Today 1 in 68 children (1 in 42 boys and 1 in 189 girls) is diagnosed as having autism spectrum disorder (ASD).  Behind each of these numbers is a person, and family, living with autism, a future that we can change with your help!

The Great Woods/Xfinity Center has provided a beautiful backdrop for the Autism Speaks Annual Walk as over 700 players and family members descended to Mansfield, MA for the event last year.

The Islanders “sea of orange” participates in the annual  walk as one of the many activities reflecting the Islanders education and charitable initiatives.  Over the past 3 years, the Islanders have raised over $250,000   to support research and programs that are changing the future for those who struggle with autism.  Our goal is raise $1,000,000 for Autism.

We ask that you join us this year!

North Andover, MA – The players of the Islanders Hockey Club Premier Team selected John McLean, Jr the recipient of the 2016 Avalanna Routh Memorial Award.  The award is in memory of Avalanna Routh who passed away on September 26, 2012 at the age of six from AT/RT.  The following link tells of her story and shows why she captured the hearts of millions including GM/Head Coach Sean Tremblay.

In 2014 former assistant coach Matt King and his family raised some money through a pond hockey tournament and created the Avalanna Routh Memorial Award and donated the trophy that stays in the Gallant Arena all year long.  Each year Matt, Holly, Cam, Dylan, and Jordan King drive down from Maine to present the award.

The award is the only individual honor given by the IHC and goes to the player who best exemplifies what it means to be an Islander.  Each year the team is involved in volunteering time and raising funds to local charitable events including Cure AT/RT and Autism Speaks.  All players also spend time with youth teams each week during the season as well as helping with the mite development program.  The challenge to the players is to live life the way Av lived, touch other people in a positive way and make life better for those around you.  John went above and beyond the call of duty and is very deserving of this prestigious honor.

For the third consecutive year, the Islanders Hockey Club of North Andover, MA has delivered a significant donation to Autism Speaks.  On Sunday before the Merrimack College hockey game, NE Chapter Board Chairman Larry Cancro along with community leader Terri Farrell and her son, Conor, accepted a check for $100,475 from Richard Gallant and Leigh Dean of the Islanders Hockey Club.  This donation raises the group’s fundraising total to $250,475 over the last three years!  The Islanders’ commitment goes beyond raising huge dollars as they have hundreds of their players and parents attend the Greater Boston walk each fall. Check out the picture of the check presentation attached and the Thank You Islanders Hockey Club! Video. 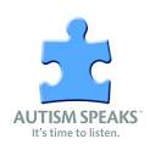 Islander Hockey Club Board of Directors and President Richard Gallant are pleased and excited to continue the organization’s commitment to Autism Awareness and curative research. In 2013-14 the entire Islander organization joined forces with Autism Speaks and earned over $40,000 in volunteer efforts. In addition, each team received summary education about Autism. This upcoming season IHC and Autism Speaks will once again join forces as we walk to change the future for all who struggle with autism. We are very pleased to announce that the Islanders Hockey Club will participate in the 14th Annual Greater Boston Walk Now for Autism Speaks. The event will be held on Sunday, October 19 at the Xfinity Center (aka Great Woods) in Mansfield, MA! Live Nation has been a sponsor of Autism Speaks since the first walk at Artesani Park in 2001 and now they are opening their doors and providing the space to host our Walk and create another very special day for the families in the Greater Boston Community. Walk Now for Autism Speaks is a fun-filled, family friendly event and is the single most powerful force to fund vital research that will lead us to the answers we need. Our families will experience the power of thousands united by a single cause by joining Walk Now for Autism Speaks. Autism is the fastest-growing serious developmental disorder in the U.S. Today 1 in 68 children (1 in 42 boys and 1 in 189 girls) is diagnosed as having autism spectrum disorder (ASD). Behind each of these numbers is a person living with autism, a future that we can change with your help. The Islanders HC strives not only to develop high level hockey players, but also a generation of civic minded men and women.

Sean Tremblay “It’s kind of nice that the one award we will have is about doing more for others than yourself. And that’s what Avalanna did, she touched other people’s lives in a way that I’ve never seen. She has affected my life in a positive way and that’s what we want, we want this award to go to someone who makes other people better and inspires other people.” Camren King- “Hi, my name is Camren King, this is my brother Dylan, and my sister Jordan. My family has been holding a backyard hockey tournament for about 6 years. We have raised money for many deserving families. When Deb and Coach Tremblay told us all about Avalanna we felt like we had known her for years, and we really wanted to do something nice for her family. It was sad to think that a little girl would have to go through such a difficult time. I know it’s not much, but we felt like we could use our hockey tournament to raise some money for a trophy to honor Avalanna, and carry on her memory each year by awarding it to a player on Coach Tremblay’s team. My family would like to thank the Routh family, the Islanders, and coach Tremblay for allowing us to be a part of this special event. “ Sean Tremblay “The trophy will remain here in our facility, it will start forth a great tradition here with the Islanders family. This is a guy who got involved with everything we did at the beginning of the year. Throughout the entire year he’s been one of the guys who we haven’t had to nag to go out on the ice and help out, he’s always willing to do whatever it takes to help out with the youth groups. He’s been a good leader both verbally and more by what he does every single day. The first recipient (of the Avalanna Routh Memorial Award) is Aaron Titcomb.”

Islanders Score One for Autism

The entire Islanders Hockey organization from Mites through Junior A shrugged off inclement weather Sunday morning to show their support for Autism Awareness. Players from over 500 IHC families walked at Suffolk Downs as part of each player's autism education initiative. “The turnout was amazing despite the weather. We are just so happy to bring awareness of the disorder to a younger generation,” summed up Islander president Richard Gallant. Over 45 teams from the organization walked the thoroughbred race track through mud and torrential rains to show their determination and support. It was truly a great day of bonding and growth for the Islanders! On Saturday Night, February 22nd, a check was presented to Autism Speaks for $40,000 on all of our behalf.

Before stopping for winter break, the Islanders Midget teams took time to gather donations for the Be Like Brit Orphanage. The Organization in Britney's memory, Len Gengel and his family have established a non-profit organization called Be Like Brit; whose mission is to serve the children of Haiti by establishing a safe, nurturing and sustainable orphanage in an environment where they can grow, learn and thrive. For more information, visit the website here: http://belikebrit.org/ The Islanders wish all of you a safe and happy holiday season.

The USPHL Islanders Premier team after a long trip to Vermont spent Sunday with Avalanna's Angels Against AT/RT. Together, they walked from Boston College to Copley Square as part of the annual Boston Marathon Jimmy Fund Walk. GM/Head Coach Sean Tremblay has been very pleased with his team early in the year stating, "Every year we want to ensure our players are learning as much about life as they are about hockey. Today was one of those great non-hockey days where we made a difference. I was especially proud after the walk as many people came up to me and commented on how impressed they were with our players class and professionalism." This marks the third year Coach Tremblay has taken his team to the event and they are close to raising over $20,000 in those three years. "We have until the end of September and not all of our donations have come in, so I know we will come close to eclipsing that mark. Avalanna has touched so many of our players and will continue to do so for years to come. I want to personally thank all who supported us and let you know all contributions were greatly appreciated.

On Sunday September 8th, the Islanders will once again walk for Avalanna Routh. The link below is information about the walk and how to donate. https://www.kintera.org/faf/donorReg/donorPledge.asp?ievent=1048920&supId=364278551 On September 9, 2012, the Islanders took part in the Boston Marathon Jimmy Fund Walk. The Islanders walked and raised funds that day as members of Avalanna’s Angels. The group was inspired by six year old Avalanna Routh (Merrimac, Mass.), who was battling Atypical teratoid rhabdoid tumor, a rare form of brain cancer referred to as AT/RT. It can be diagnosed in three per one million children each year. Avalanna gained international notoriety when she was a patient at Massachusetts General Hospital. She, with the help of the nursing staff, “married” her favorite singer, pop music superstar Justin Bieber, during a mock wedding ceremony which included a cardboard cut out of the crooner. Bieber, soon after, visited Avalanna at the hospital to meet “Mrs. Bieber.” This is one a several events the Islanders Hockey Club will participate in this season. All teams – youth and junior – will be walking for Autism at Suffolk Downs on October 6th.